Gräfsnäs slottspark – a castle ruin by the lake Anten in Alingsås municipality. The castle was originally built in the mid 1500’s by the noble family Leijonhufvud and was one of the largest castle facilities in Västergötland county at the time. It’s been restored, renovated and expanded several times, at the beginning of the 1800’s it was one of the most impressive castles in Västergötland with 50 rooms, two defense towers and a three story middle section. The castle has been burning three times, 1634, 1734 and 1834. After the last fire it went into a long period of decay and material plunder. In the 1890’s the roofing was removed by order from the church who had discovered the castle was being used by young people for dancing parties (OMG!). In the 1930’s a conservation project started and not until 1996 it was opened for public access. Today the site is run by Alingsås municipality and besides the castle ruin you can visit a café, take a swim in the lake or just stroll in the English tree park with old large deciduous trees.

This is how the castle is supposed to have looked like in 1697 (copyright Royal National Library of Sweden):

And here is a collection of my photos from the site:

This site uses Akismet to reduce spam. Learn how your comment data is processed. 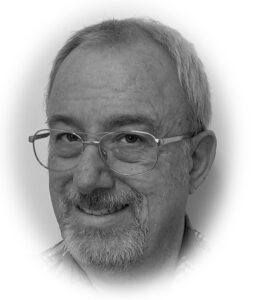 My name is Hasse Häljeskog, I live in Sweden in the Southwest part of Västergötland County. I’m a hobby photographer shooting primary motives from nature like landscape sceneries or wildlife. But I’m also taking shots from travels, or of cats and dogs, architecture, aircraft, or anything that is catching my interest. Sometimes I’m also exploring digital art and photo manipulation with my own photography as an input.

Professionally I work as a system architect with a background from software and embedded systems engineering.

If you find anything here that is interesting for your purpose please let me know. I’m open to taking on minor assignments, contact me if you have any enquiries. Most photos on this site are available in high resolution suitable for printouts.

This website uses cookies to improve your experience while you navigate through the website. Out of these cookies, the cookies that are categorized as necessary are stored on your browser as they are essential for the working of basic functionalities of the website. We also use third-party cookies that help us analyze and understand how you use this website. These cookies will be stored in your browser only with your consent. You also have the option to opt-out of these cookies. But opting out of some of these cookies may have an effect on your browsing experience.
Necessary Always Enabled
Necessary cookies are absolutely essential for the website to function properly. This category only includes cookies that ensures basic functionalities and security features of the website. These cookies do not store any personal information.
Non-necessary
Any cookies that may not be particularly necessary for the website to function and is used specifically to collect user personal data via analytics, ads, other embedded contents are termed as non-necessary cookies. It is mandatory to procure user consent prior to running these cookies on your website.
Functional
Functional cookies help to perform certain functionalities like sharing the content of the website on social media platforms, collect feedbacks, and other third-party features.
Performance
Performance cookies are used to understand and analyze the key performance indexes of the website which helps in delivering a better user experience for the visitors.
Analytics
Analytical cookies are used to understand how visitors interact with the website. These cookies help provide information on metrics the number of visitors, bounce rate, traffic source, etc.
Advertisement
Advertisement cookies are used to provide visitors with relevant ads and marketing campaigns. These cookies track visitors across websites and collect information to provide customized ads.
Others
Other uncategorized cookies are those that are being analyzed and have not been classified into a category as yet.
SAVE & ACCEPT
Powered by